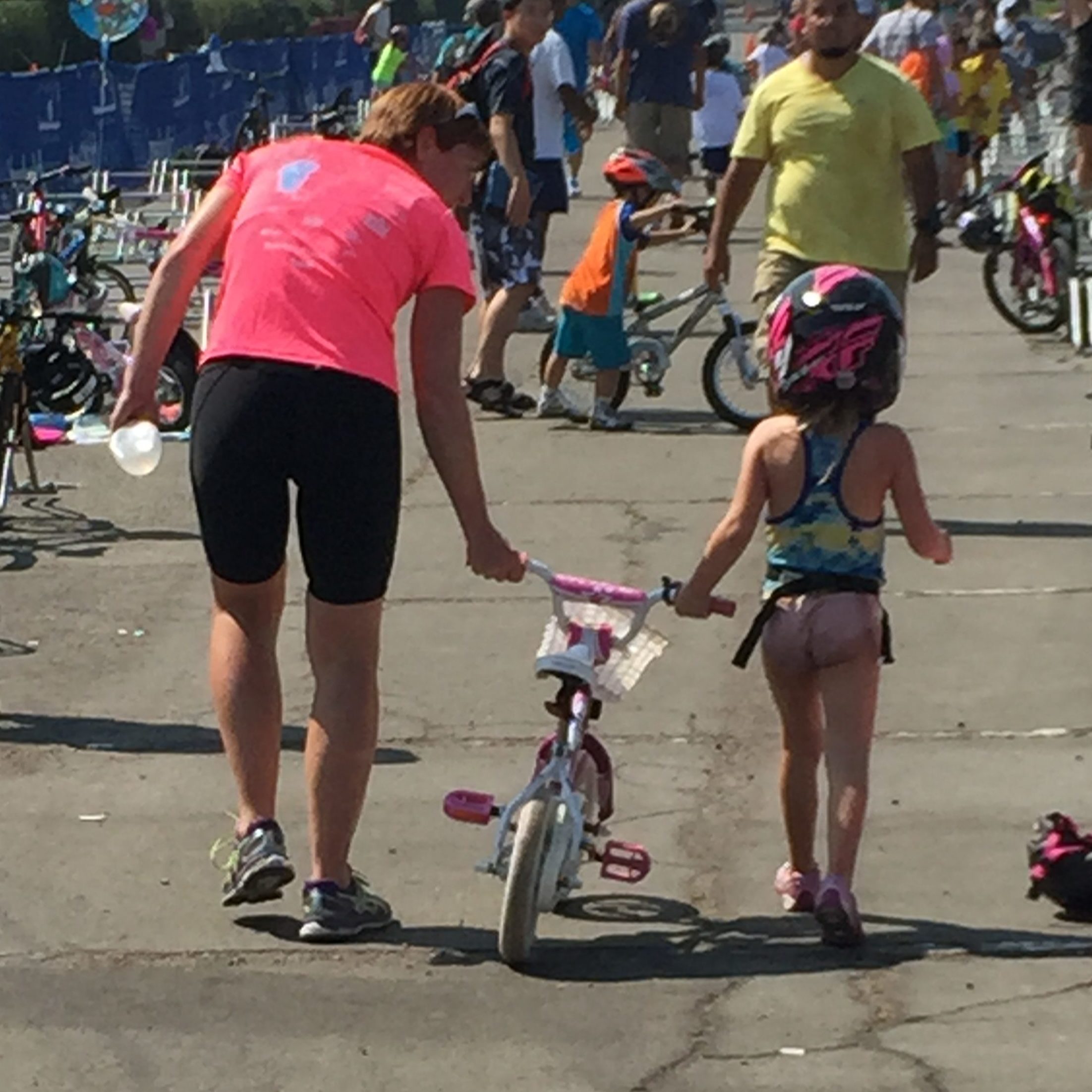 Today Pre and Post on the Coast asked Fog Town Toys to support the September 9th, 2018 Kids SuperTri.  If you are unaware, Pre & Post on the Coast uses the beautiful coastside venue to inspire and motivate people to move and be well. One of the ways they do this is to put on these noncompetitive kids triathlons.

My daughter did her first triathlon at the age of four. She loves to swim and at four, she really loved to swim. So we gave her a kickboard and she raced with it. She had just transitioned from her strider bike (which she had since the age of 2) to a two wheeler the day before and she raced her two wheeler that day. Talk about courage! She ran her .25 of a mile in her Stride Rite pink light up “sneakers” and smiled the entire time.  When it was all over, she said it was “really fun” and that she felt “tired and proud”.  She has raced a handful of races every year since then.

As a mother, it feels really good to watch my child do something that is so good for her physically. But the things I hope are really getting wired together in her brain are that she can accomplish things she puts her mind to, she can calm herself down when she feels nervous, that joy and physical activity go together and that she is strong.

From a toy perspective, I think it’s amazing that this strider bike “toy” we bought once when she was one and half years old is what provided the foundation for her balance and coordination. That strider bike “toy” made the transition to a “big girl bike” so simple for her, it took less than a day. And probably most importantly, that “toy” helped her create implicit memories of joy and bike riding that are forever engrained in her.  I also think its amazing that swim toys that sink are her “training”.  I chuck those suckers as far across the pool as I can when she asks me to throw her swim toys so she can find them.  And she swims her little butt off to get them, but not because she wants to race faster – because its fun and she is playing…with her toys.

So, naturally we said yes to Pre and Post on the Coast and we hope you will too by signing up your kid to race on September 9th this year.  Let’s grow some minds and bodies together!