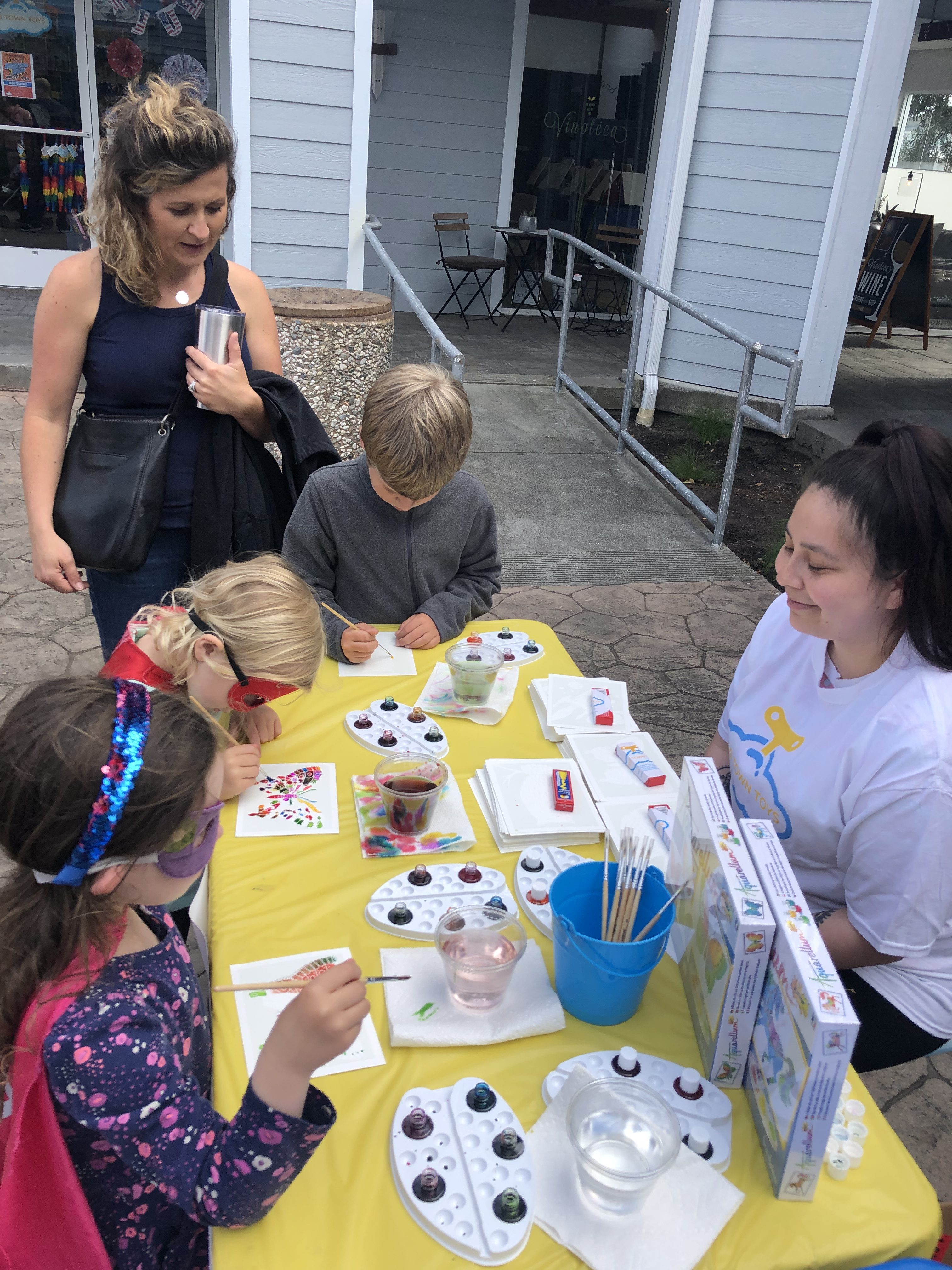 On Thursday, July 25th mythical creatures in all shapes and sizes descended upon downtown Half Moon Bay. From Loch Ness Monsters, dragons, fairies, unicorns and even crazy eyeball creatures – there was a fantastic mix of creatures!

This month at the Family Adventure Night Pre-Party, families got to try Crazy Aaron’s Thinking Putty, Flickin Chicken by University Games, the Inflatable Football Toss by Toysmith, Top Trumps and Two Bro’s Bows. In addition, Pre and Post on the Coast was there to promote their Kids Super Tri – probably the best kid’s triathlon race in the Bay Area because of it’s welcoming and relaxed atmosphere – which is happening September 8th, 2019. As usual, the more tables people visited and tried, the more raffle tickets they won. We had some super winners this month – probably because they pre-registered, dressed in theme, tried every activity and went to every checkpoint to get the most raffle tickets possible!

Of course kids won toys, toys and more toys thanks to our amazing Adventure Night Toy sponsors; Two Bros Bows, Toysmith, University Games, Top Trumps, Hape, Yookidoo, Kahootz, What Do You Meme, Prism Kites, Magna Tiles and Ooly. And, we have to give huge shout out to Dolores Martinez who works to make sure the toy prizes kick butt every month, thanks Dolores!!

So, as the summer comes to a close, we have decided to go at it once more on August 22nd with the theme “Tutu for 2-2” so grab a tutu and let’s run around town in the name of free stuff and family fun! WooHoo!